No no… I did not disappear again. Had made an impromptu trip to Trivandrum, my hometowncity.

The trip turned out to be one of those “totally unplanned, outright fun” ones! All the cousins and second cousins and uncles and aunts were cooped up under the same roof — and we all had so much fun there! Apart from marriages, Onam, and a once-in-a-while first-birthday party, we don’t get together like this: and I can’t really remember the last time we all were together like this…the last time we all had such fun. About 40-odd people — adults and us ‘kids’. Everyone forming tiny little groups in every single space available and chattering, laughing (and even singing), merry-making…

Occasionally, when our laughter crossed the allowed decibel level, aunts and uncles came barging in, admonishing and ordering us to behave ourselves. Yet, at the same time, we could see the ‘elders’ in the family sitting around and sharing old-time stories…their childhood and their pranks — and laughing their hearts out!

But it was all very strange throughout — this merrymaking in the family; the neighbours must all think we’re a bunch of sadistic, barbaric  tribals! Well, can’t really blame them: because it was not really one of those “planned get-togethers”; and I was not really on an “unplanned, fun” trip. I had hurried off to Trivandrum to attend my grandmother’s funeral…

Grandma’s death was much anticipated…and entirely “prayed-for”, I might say. She was slowly entering a phase of immense suffering…and everyone was hoping she’d be called away before too long. So, in a way, we could defend ourselves, saying we were celebrating her ‘escape from sufferings’ or such crap. 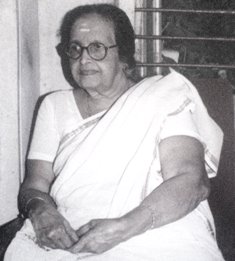 There! She was the last member of that generation’s lot. Now, apparently, “we all” will never ever get-together like this anymore. Grandma had perhaps been a unifying factor: the reason why everyone got together under that roof occasionally. Now, each to one’s own.

Guess it’s true; four of my cousins are in the middle east; one’s in Delhi; one’s in Cochin; one’s planning to go off soon to Australia; two of us are here in Bangalore; one is off to UK…and God knows when we’ll all see each other again. Unlike those good old days, none of us seem to be really pulled home by force, excitement and urge to attend to weddings and childbirths in the family any longer. We all have our excuses: projects to be completed; horrid bosses who grant no leave; new job, so no leave; exams, so can’t skip school/college; low attendance, will get into the professor’s black list ; out of the country, can’t be bothered to make a presence…and so on. Somehow, a death seem to bring a jolt to each one of us (and to the bosses, teachers and professors as well, God-knows-how!) and everyone turns up somehow or the other.

So, maybe sub-consciously, we all knew it was one of those “this-wont-last-too-long-and-may-very-well-be-the-last-time” times together…and must’ve taken full advantage of it. Bonded with each other asap…sang, danced, wrestled, fooled around, had palmistry sessions, had PJ-sessions…had “tonne kanakkinu fun, fun” (like the tagline of a local radio station goes)!

9 thoughts on “a strange weekend…actually, two!”