Before you start reading this post, please scroll down and read the disclaimer (it’s in italics, grey) in the post 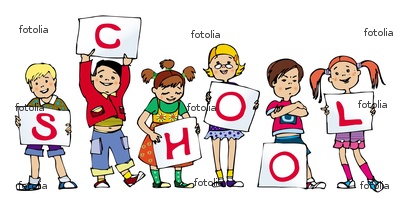 right below this one 😀 (I’m sure you’ll have to read it for quite sometime from now on!)

My “online time” is lesser than the state’s monthly ration allowances! The maximum I get to do these days is open Gmail, open Orkut, open WP and then log out before I can do anything useful! I was succumbing to unknown mighty forces that are against me being online — and had almost become used to it…until yesterday!

A chat box opened up in my Gmail and asked “Remember me?” After initial moments of 😯 , I was thrilled! It was an old, old, ooooooold classmate. We shared a class, a bench and our friendship in 5th Std! And then we’d lost touch. A few years ago, when I’d started my Orkut account, I’d searched for her, but wasn’t lucky. And now, here she was.

We had a few long gaps amidst one liners…14 years is a long long time — and if you think there’d be lots of stuff to catch up on when you meet such an old friend, let me tell you, there’s none! 😀 We had no clue what to talk about…other than one-liner replies to “Where are you these days?” and “What you up to?” and the like. And well, if you think there’d be nothing to talk about after the first round of such awkwardness, let me tell you, you’re wrong! Hehe…we launched into a trail of “Do you remember whens” 😉 . Oh God! It was the best catching-up I had had in a long time!

We discussed kho-kho games and falling-downs (I hated that game and would always end up bruised; so would she); we discussed about those irate teachers and our incessant chatting (apparently, once we both were asked to sit at two different seats, well away from each other because of our non-stop talking — and I started crying; being the true friend she was, she started off too! 😀 ); we discussed a few horrid male classmates with whom we’d always get into a quarrel — and I’d go marching to the staff room to complain, bring back a loud-voiced Sir and get them guys shouted at! 😉

We literally laughed out loud discussing a classmate who never used to touch a girl, for fear of him getting pregnant! Ever if his finger brushed against a girl’s by mistake, he’d bring out his towel and rub “it” all off vehemently! (He’s with Infosys now, though I don’t know why I’ve mentioned it here 😀 ). Then there was this Anti-Love Association we’d started — 4 of us friends — against “love” (I still don’t think I was a voluntary member of that 😉 )! Hehe…we used to snoop around, find all sorts of “couples” on campus — well, there was nothing much we fifth grades could do about it — bitch about them majorly! 😛 There was also another secret society we were members of — but of what, we now got no clue! I only remember tiny visiting cards and a symbol on our thumbs (used to make it by dabbing ink onto the bottom of a sketch-pen and pressing it on out thumbs!)

Apparently, once those horrid male classmates pushed her off the bench and she landed “thud” on the floor, right with her bruise facing the floor. Well, we had our revenges too…we used to stone those guys during our every single badminton sessions! — psssttt…and get stoned by them too! 😦

The funniest of all was the recollection of her and myself on stage once — hair all done up and tied with colourful ribbons that matched our dresses — singing away to glory!! 😀

Anyway, it was a rather playful walk down memory lane…becoming a 5th grader again, even if for a few minutes, was awesome — and I enjoyed it so very thoroughly! 🙂 Now, that once-upon-a-time little girl is a stunningly beautiful woman! I was shocked when I saw her picture — and gaped for quite a while! 🙂

RJ strikes again!! This time, I’ve been tagged to write a love poem. But, this one can’t be just any love poem…there’s a catch (thank god! 😀 ): You get transformed to this 4th grade version of you; make the poem ultra cute and super sweet, filled with innocence and write about Love!

Well, a lil’ intro to the poem: love-life started early in life for me 😀 —and that too, when I was in 4th grade (which makes this tag even more apt 😀 )Really!

I had this crush (though I, then, shyly called it ‘love’ 😀 ) on a school mate…his name was Vimal (still is, am sure 😀 ). Oh…the way he used to sing…the voice…wow…even at that age, I used to dream about singing a duet with him some day!! So, I dedicate this 4th grader’s poem to my 4th-grade crush 😀 (Anyone else who expected this dedication—I’m extremely sorry; so happened that I met Vinay first 😀 )

I find him among the crowd
I see him walk in by the gate
Oh, he looks smart and proud
All for a glance from him, I wait.

Until one day, I finally see him
Strolling alone by the park…and oh my!
I pray for some courage and walk up to him
And I almost tell him, “Vinay…”