14 years of preparation. 10 billion Swiss francs. A 5-billion-pound Large Hadron Collider. A 27-km tunnel, 80 metres into the earth. Sub-atomic particles which will collide at close to the speed of light. Recreation of a bang that happened some 15 billion years ago — all this to find and arrest the Higgs Boson. 😀

Higgs Boson, it was reported, once caught and subjected to heartless interrogation, would clarify how otherwise mass-less elementary particles manage to create mass in matter. Higgs Boson would also spill the beans on the difference between the mass-less photon and the relatively massive W and Z bosons (what/whoever they are!). Higgs will probably also give in and tell us why gravity exists!! I personally feel that Newton’s lineage should press charges against Higgs: for having kept gravity a secret and causing the famous apple to fall on that famous head — Higgs has no idea how many students have been struggling for ages and cursing Newton (and his lineage), since then! 😛

Anyway, on 10 September 2008, sub-atomic particles (who apparently claimed to know and could recognise Higgs) were sent out in search of him into an LHC tunnel. But within a short 10-day period, Higgs  Boson’s sub-atomic friends created chaos within LHC!

The court, which had been ready to meet in a month’s time for the verdict, was adjourned. The sub-atomic friends will have to be subjected to intense counselling and made to understand the need to be disciplined and find out Higgs Boson’s hiding place — psychologists say they will need time till September 2009 to achieve this! 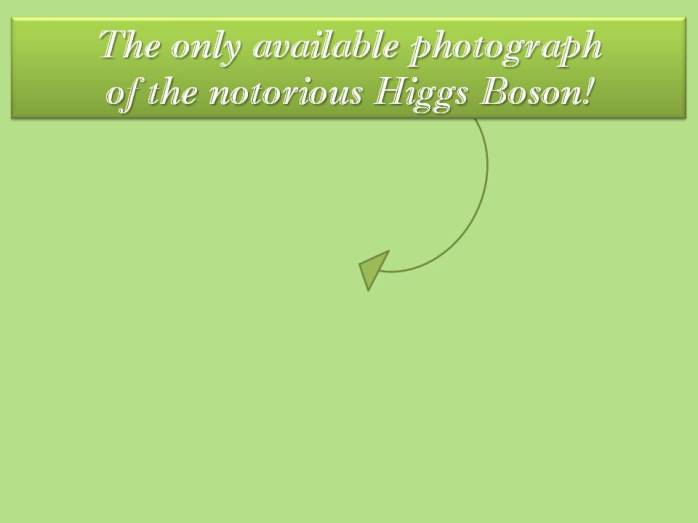 Higgs Boson, notoriously known as the God Particle, has been in hiding since time immemorial. The secrets it hold are believed to be in tremendous demand by the scientific world. Long, long ago, Higgs Boson apparently set off a bomb somehow: the big bang that resulted out of the explosion is believed to be the source of all (good and bad) that has been happening in the world to this day! Leaving the ‘good’ aside, this Higgs Boson is being made accountable for all the ‘bad’. Well, who knows, if the good outweighs the bad, Higgs Boson may even become another ‘big bang celebrity’!